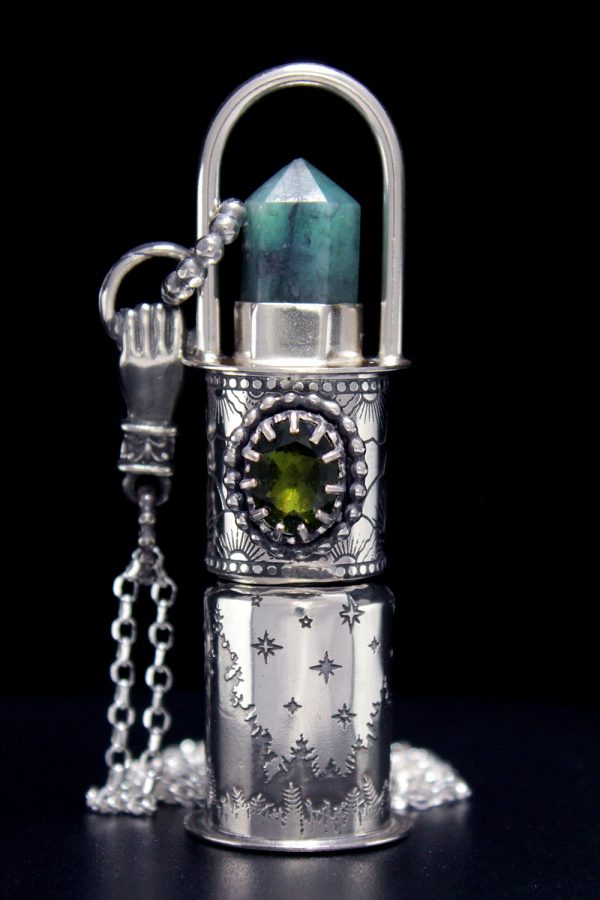 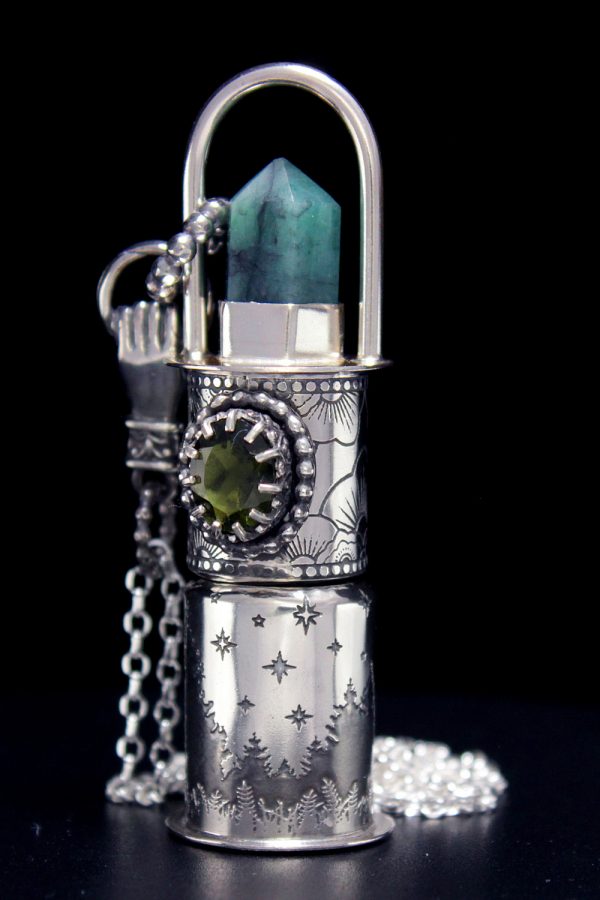 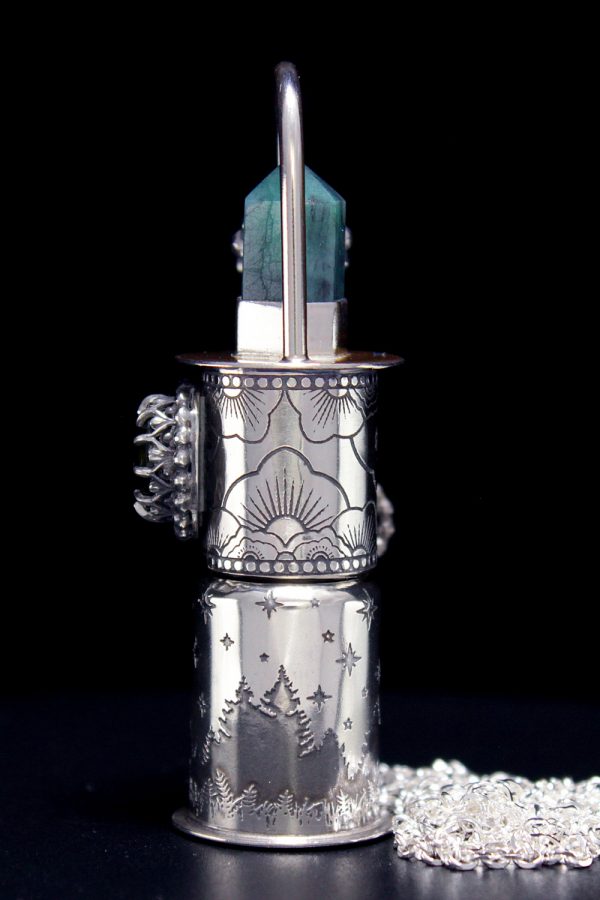 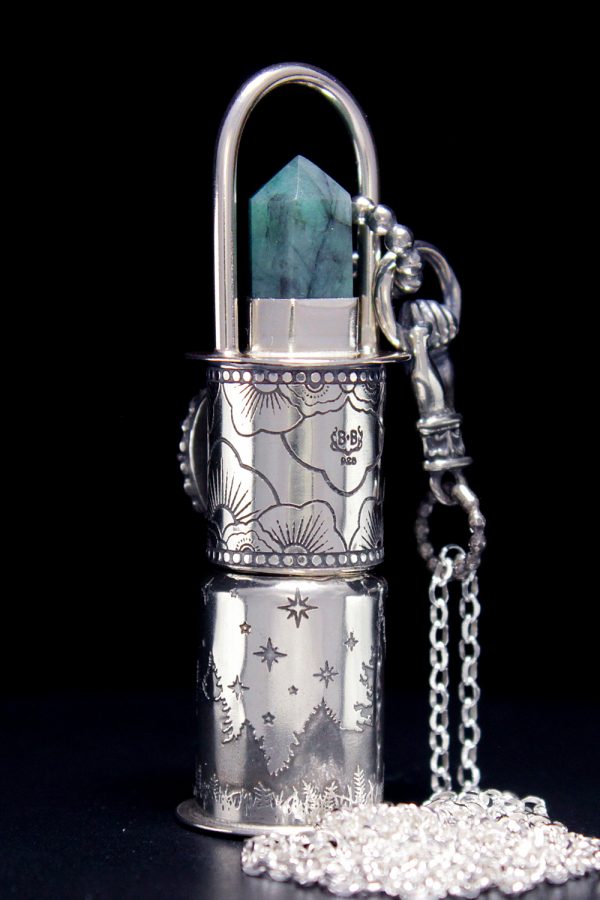 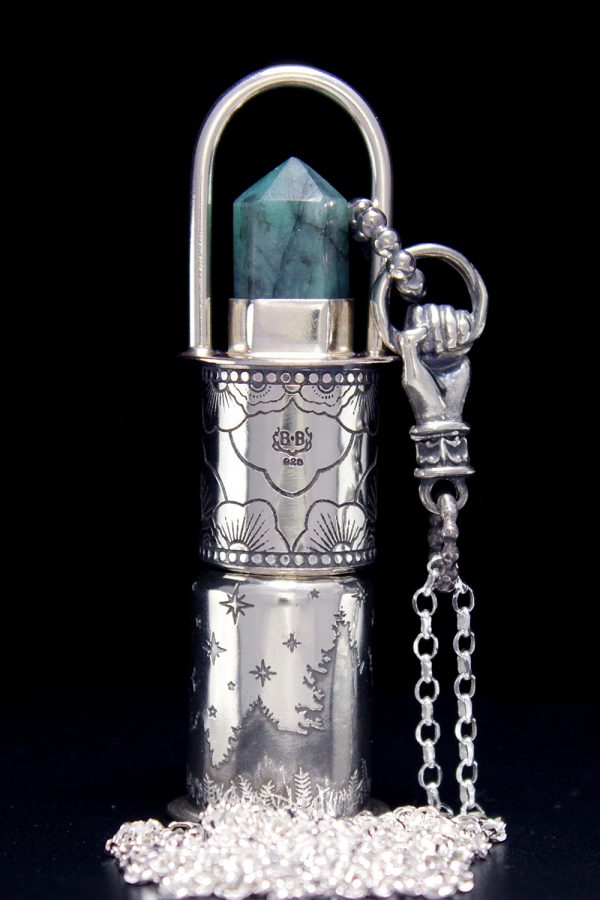 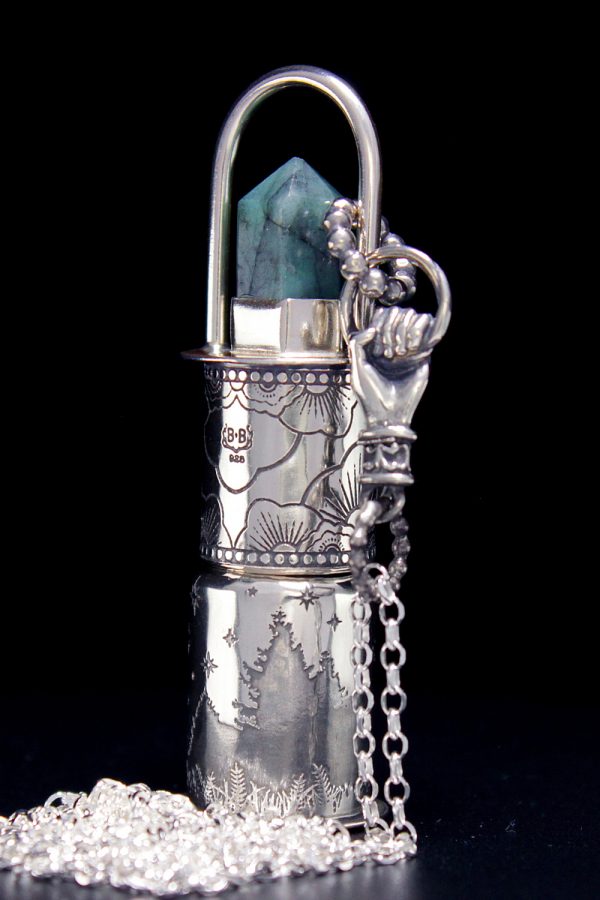 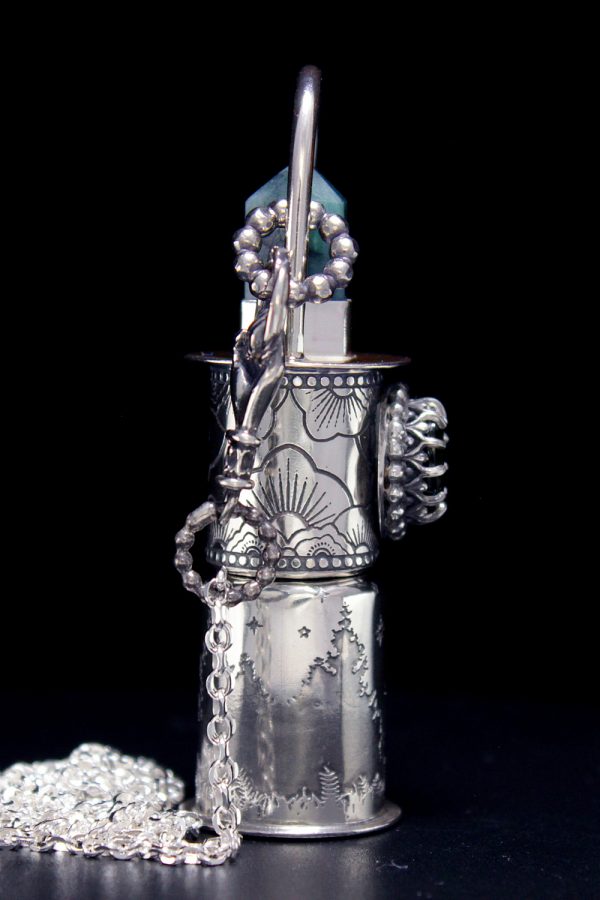 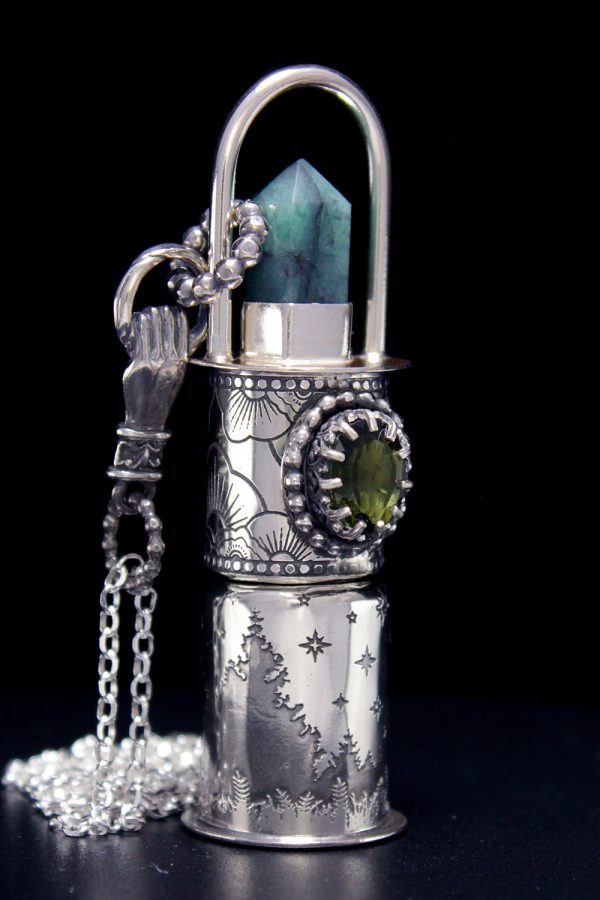 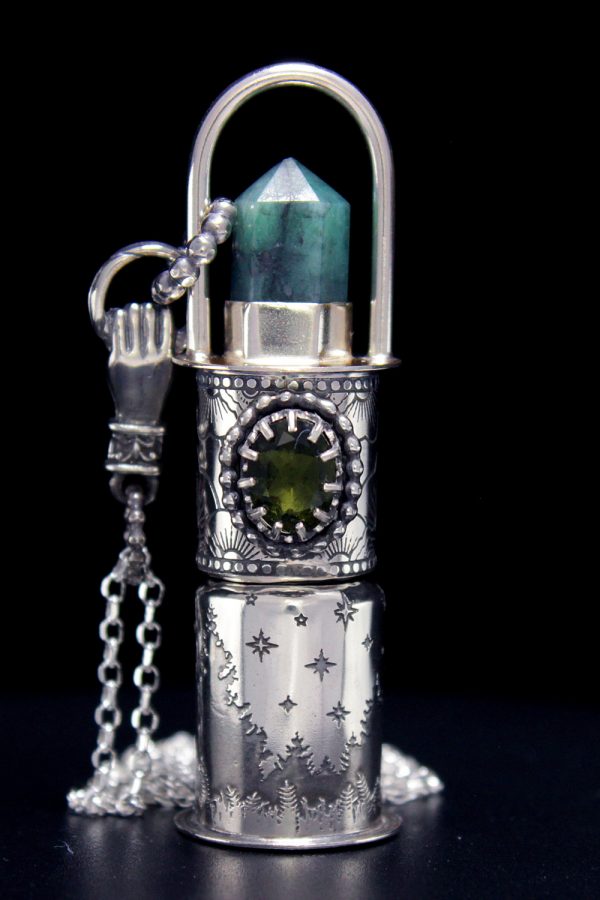 The Full Metal Rollerball Necklace is inspired by my love and knowledge of Historical Jewelry, specifically the Victorian Chatelaine. The concept of a Rollerball Necklace or perfume vessel jewelry dates back all the way to ancient Romans. It was later revived and popularized during the Victorian era, worn on what was called a Chatelaine. A Chatelaine was a piece of jewelry with small chains suspending various small tools. These were not just any tools but rather extremely elaborate and decorative pieces; typically thimbles, scissors, notebooks, pencils, and vessels for perfume oils. The most commonly found perfume bottles were either made entirely from metal or encased in metal. I am so so proud to have finally created a true Victorian Chatelaine! It should be noted that all rollers are easily removed from their bottles and many customers have opted to use their necklaces for keepsakes, specimens, and memorials. You can seal your bottles with wax, cork, rubber, or any other seal of your choosing! Your glass will remain forever safe in its metal casing.

Charmed Ones feature charms and castings collected from small artisanal shops and are made with solid sterling silver. This rollerball necklace incorporates one of my signature three-dimensional Victorian Hand charms.

The Crystal featured on this Rollerball Necklace is natural Emerald. Crystals and stones found within my collections are gem-quality specimens curated by artisanal lapidaries and family operated mines. These crystals were curated especially for my rollerball necklaces.

Emerald is a gemstone of the mineral beryl, and is colored green by traces of chromium and/or vanadium. Most emeralds are highly included, which accounts for their heavy matrix appearance. The dominant heart of the stone is opaque in shades of pale green to teal. Veins of heavy black are apparent in some specimens more than others. Pockets of druzy-like formations are interspersed throughout. The inclusions and fissures within an emerald are sometimes called jardin (French for garden) due to their their mossy appearance. Imperfections are unique for each emerald and can be used to identify a specific stone, much like a geological fingerprint. It was once famously declared, “All the green of nature is concentrated within the Emerald.” The color of this lush crystal stirs the soul like the heart of spring, symbolizing hope, renewal, and growth. In the metaphysical world, Emerald is called the Stone of Successful Love. It was dedicated in the ancient world to the goddess Venus for its ability to open and nurture the heart. Emerald is also a stone of great vision and intuition, believed to foretell future events and reveal personal truths. Emerald is a favorite among creatives because of its unique ability to align the heart with vision and intuition, giving creative works a spark of vitality and truthfulness.

Rollerball necklaces are customizable in length and coupled with a sterling silver chain. Chains feature a .925 diamond cut. Full Metal Rollerball Necklaces come with a 2ml bottle wrapped in solid silver. Necklaces arrive with a roller since oils are the most common use, but are entirely optional and can be sealed with anything of your choosing! Necklaces are further customizable by removing the roller from the bottle and many customers have opted to use their necklaces for keepsakes, specimens, or memorials.  Bottles are shown with an inert carrier, but essential oils are not included. Rollerball necklaces are refillable and coupled with a refill/care kit. If you would like to purchase more bottles in other sizes or colors find glass bottles here or consider adding extra crystal energy with a gemstone roller bottle here. Full Metal pieces are interchangeable with any bottle or necklace from Bead and Bones.

Bead and Bones jewelry features crystals and cabochons curated from small, family owned mines and artisans. Additionally, all metal is American milled and scraps recycled back to factory. Each package is beautiful, gift-ready, and eco-friendly. If you have any questions, please message me here.